Is it Safe to Sleep in a Home After Smoke Damage?

If you have recently experienced a wildfire in your area, you may be wondering if it is safe to stay in your home after smoke damage.

As we watch much of the west coast suffering from dangerous wildfires, our hearts go out to everyone who is affected by these tragedies. Human lives are at stake, as well as acres of landscape and wildlife. Unfortunately, once the fires are contained or extinguished, the damage can be lingering. Structures will be consumed by fire and need total restoration or rebuild, but even homes that are not directly touched by the flames can be subject to dangerous consequences.

Smoke damage is any effect of copious amounts of smoke in a structure. Smoke particles are the production of the fuel that has burned during the fire. Furthermore, these particles are light, easily transferred, and difficult to see. Since smoke dissipates quickly, it can travel to unseen places, such as into vents and ducts, behind appliances, in walls, and along the upper surfaces of cabinets, walls, ceilings, and appliances. These particles are also easily embedded in fabrics, such as upholstered furniture, curtains, carpets, rugs, and any other home textiles.

Moreover, smoke particles cool quickly once removed from the source of heat and can create a greasy film that rests on surfaces. Larger particles form ash and soot can coat anything inside your rooms.

The Dangers of Smoke

The problem with smoke damage is that it is hard to determine exactly what constitutes the smoke. Smoke is the effect of burning materials, but that will vary depending on where the fire originated and what has burned or melted due to the heat. Overall, though, smoke causes problems because it contaminates the air, which is in short supply while fire consumes oxygen.

Smoke inhalation can lead to the following:

The Effects of Sleeping in a Home After Smoke Damage

So, is it safe to sleep in your home after a fire? In a word: no. Just because the fire has been contained or extinguished does not mean that you are safe. If there has been a fire within the structure, you may not be able to identify structural damage if it ends up charred. Furthermore, smoke damage is difficult to see and, as noted above, very toxic.

We do not recommend that you stay in a home that has sustained smoke damage. A house after a fire needs a careful inspection before occupancy, and even then, it should not be occupied until smoke damage has been eradicated through careful cleaning, ventilation, and restoration. It bears repeating that just because you cannot see smoke damage does not mean that there are not smoke particles in the air and along your surfaces that can cause deceptive damage to your respiratory system. This is particularly true for those with respiratory issues or immunocompromised individuals.

If your home or office has been exposed to a fire and has sustained smoke damage, call us right away. The professionals at RestoreMasters will identify areas of damage and take care of any cleaning or restoration that you require—do not wait. We serve Salt Lake and Utah counties in Utah. 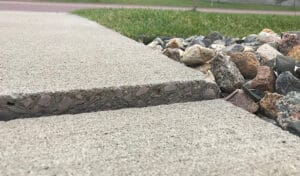 Can You Clean Off Fire-Damaged Concrete Yourself?

It might seem surprising since concrete is fire-resistant, but it’s possible to have fire-damaged concrete. Sure, concrete can survive a small house fire, but have 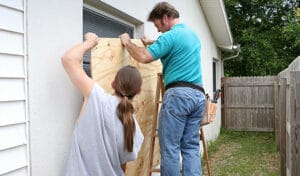 How to Prepare for a Hurricane

It’s essential to prepare for a hurricane, even if you don’t live in an area where they often strike. A hurricane can be on the

The thought of mold in your home is the stuff nightmares are made of, so it’s important to call a professional mold remediation team right 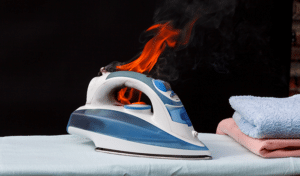 Things You Can Do to Prevent Common Causes of House Fires

Every year, house fires kill over 3,000 people and are responsible for $6.9 billion in property damage. Cooking, running your heater, and having faulty appliances 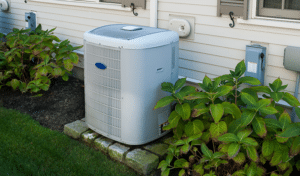 What is a Negative Air Machine?

A negative air machine controls the air in the room by either preventing good air from leaving or bad air from entering the room. Rooms